Srirupa Roy is Associate Professor of Political Science at the University of Massachusetts, Amherst. She is a coeditor of Violence and Democracy in India. 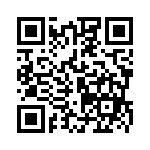