William Crawley is Senior Fellow at the Institute of Commonwealth Studies, University of London, and Co-director of the Media South Asia Project (www.mediasouthasia.org). After completing his doctorate at Oxford University, he was a journalist, editor and manager in the BBC World Service for 23 years until 1994. Since leaving the BBC, he has written articles and edited publications on the BBC and India, and on the media in South Asia. He and David Page collaborated with partners in India, Pakistan, Sri Lanka, Bangladesh and Nepal in researching and writing Satellites over South Asia: Broadcasting, Culture and the Public Interest (SAGE, New Delhi, 2001). The Media South Asia Project also commissioned a documentary film Michael Jackson Comes to Manikganj, directed by the Indian Journalist and Film-maker Nupur Basu. He was Secretary of the Charles Wallace Pakistan, Bangladesh and Burma Trusts from 2002 to 2007. He is on the Editorial Board of Asian Affairs, the journal of the Royal Society of Asian Affairs.

David Page is Senior Fellow at the Institute of Commonwealth Studies, University of London and Co-director (with William Crawley) of the Media South Asia Project. After taking his doctorate in South Asian History at Oxford University, he joined the BBC in 1972 and worked for more than 20 years as a journalist, editor and manager in the BBC Eastern Service. Since leaving the BBC, he has worked as a consultant and researcher on communication issues in South Asia. He and William Crawley collaborated with partners in five South Asian countries in researching and writing Satellites over South Asia: Broadcasting, Culture and the Public Interest (SAGE, New Delhi, 2001) and in organising conferences and seminars on broadcasting policy in the region. In 2012, he co-authored a BBC Media Action publication The Media of Afghanistan: The Challenges of Transition. He is a trustee of Afghanaid, a British charity working with rural communities in Northern Afghanistan.

Kishali Pinto-Jayawardena is a Sri Lankan legal analyst whose work encompasses advocacy, research and litigation in the protection of civil liberties. After graduating with honours from the Faculty of Law, University of Colombo in 1993 and upon being admitted to the Bar, she appeared in several media law cases in the appellate courts and challenged the Sri Lankan State before the United Nations Human Rights Committee on violations of international standards. She has drafted Right to Information and Contempt of Court laws and authored local and internationally referenced books on Sri Lanka’s Rule of Law challenges. The editorial (legal) consultant for the Sunday Times since 2000, she contributes a law-based column ‘Focus on Rights’ for the newspaper. A 2001 Salzburg Fellow, a 2003 WISCOMP (New Delhi) Scholar of Peace Fellow and the 2007 Sri Lankan recipient of the International Woman of Courage award by the United States Department of State, she was conferred a Distinguished Visitor Fellowship by the Research School of Asia and the Pacific, Australian National University (ANU), Canberra in 2013. 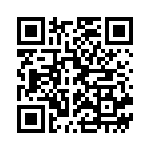