Reviews aren't verified, but Google checks for and removes fake content when it's identified

Jonathan Goodall is a wealthy Englishman who befriends Victor Frankenstein in 1825. Soon after their meeting, he is asked by the scientist to help restore the speaking voice of Maria Clementi, the ... Read full review

In Mary Shelley's classic novel,Frankenstein , Victor begins to create a bride for the monster but stops and tears her apart before she rises. British author Bailey takes this passage as her epigram ... Read full review

A native of England, Hilary Bailey was educated in thirteen schools before attending Cambridge. Married with children, she entered the world of 1960s science fiction, writing some twenty tales that were published in Britain, the USA, France and Germany. Her first novel was published in 1975 and she has since authored ten more. 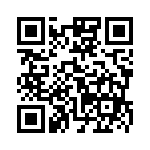