Claude E. Welch, Jr. is SUNY Distinguished Service Professor of Political Science, and Director of the Human Rights Center and Program on International and Comparative Legal Studies, at the University of Buffalo, State University of New York. He is the author of Protecting Human Rights in Africa: Roles and Strategies of Nongovernmental Organizations, also published by the University of Pennsylvania Press. 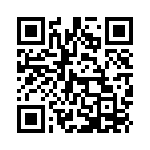