Joseph Labrecque is primarily employed by the University of Denver as a senior interactive software engineer specializing in the Adobe Flash Platform, where he produces innovative academic toolsets for both traditional desktop environments and emerging mobile spaces. Alongside this principal role; he often serves as adjunct faculty, communicating upon a variety of Flash Platform solutions and general Web design and development subjects.

In addition to his accomplishments in higher education, Joseph is the proprietor of Fractured Vision Media, LLC; a digital media production company, technical consultancy, and distribution vehicle for his creative works. He is founder and sole abiding member of the dark ambient recording project "An Early Morning Letter, Displaced" whose releases have received international award nominations and underground acclaim.

Joseph has contributed to a number of respected community publications as an article writer and video tutorialist and is author of the forthcoming "Flash Development for Android Cookbook". He regularly speaks at user group meetings and industry conferences such as Adobe MAX, FITC, and D2WC. In 2010, he received an Adobe Impact Award in recognition of his outstanding contribution to the education community. He has served as an Adobe Education Leader since 2008 and is also a 2011 Adobe Community Professional.

Visit him on the web at http://memoryspiral.com/. 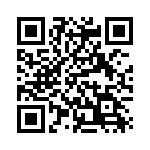