Mika Haritos-Fatouros is Professor of Psychology at the University of Thessalonica, Greece. She studied psychology and psychotherapy at universities in London, Oxford and Thessalonica, and has held visiting appointments at universities in the USA, Europe and Australia. She is President Elect of the European Association of Counselling and Honorary President of the Rehabilitation Centre for Torture Victims in Thessalonica. She has published works on the subjects of psychotherapy, populations in crisis, women's issues and the psychology of state torturers, and is co-author of the forthcoming book on 'Violence Workers', which will be published by University of California Press. 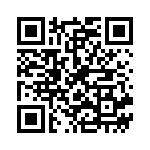