Ruth Wodak is Distinguished Professor of Discourse Studies at Lancaster University. Her research interests focus on discourse studies; identity politics; racism, antisemitism and other forms of discrimination; and on ethnographic methods of linguistic field work.

Ruth is co-editor of the SAGE journal Discourse & Society, and of the journals Critical Discourse Studies and Journal of Language and Politics. Recent book publications include: The discourse of politics in action: ‘Politics as Usual’ (2011), Critical Discourse Analysis (4 volumes, 2013), Migration, Identity and Belonging (with G. Delanty and P. Jones, 2011), The Discursive Construction of History: Remembering the German Wehrmacht’s War of Annihilation (with H. Heer, W. Manoschek, and A. Pollak, 2008), The Politics of Exclusion: Debating Migration in Austria (with M. Krzyzanowski, 2009), The SAGE Handbook of Sociolinguistics (with B. Johnstone and P. Kerswill, 2010), Analyzing Fascist Discourse: Fascism in Talk and Text (with J. E. Richardson, 2013), and Rightwing Populism in Europe: Politics and Discourse (with M. KhosraviNik and B. Mral, 2013). 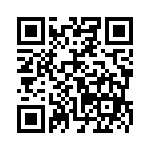