From inside the book

8 other sections not shown

Kumari Jayawardena is currently a Senior Fellow of the Graduate Studies Institute of Colombo University. She also serves as Secretary of the Social Scientists' Association, a group of concerned scholars working on ethnic, gender, caste and other issues. Her books include: The White Woman's Other Burden: Western Women and South Asia during British Rule (1995) and Embodied Violence: Communalising Women's Sexuality in South Asia (Zed, 1998). 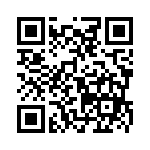